Powerhouse Engineering Partners was founded in 2012 by Brandon Manka in response to the appeals of Architects, Custom Home Builders, and Low-Voltage Contractors in the High-End Residential and Commercial Building Industries who recognized the need for in depth system engineering, detailed design documentation and professional installation management for the continually expanding technology related systems that have become permanent fixtures in our modern homes, offices, restaurants, and retail spaces.  The company was created to bolster the custom electronics installation industry while bringing Low-Voltage Contractors alongside the more traditional disciplines like Electrical and Mechanical Contractors with systems engineered for reliability and serviceability and simplifying the process for clients and contractors alike.

Our superior designs, detailed construction documentation, exceptional project management and client representation were quickly recognized in our market and requests naturally came in to expand our scope of services to bring that quality of work to other disciplines.  Powerhouse Engineering Partners proudly complied by adding Architectural Lighting Design, Electrical Design and Construction Management to our repertoire and are constantly working to improve the communication and coordination of these systems on every project with which we are involved.

Still not convinced?  Check out our case studies and some great testimonials from our clients and colleagues!

Powerhouse Engineering Partners is a proud member of the industry’s leading professional organizations: 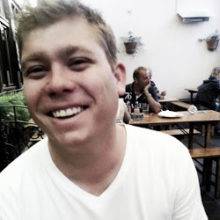 Brandon Manka grew up in Miami and attended the University of Florida, receiving a Bachelor of Science degree in Electrical & Computer Engineering. He has held various engineering positions at several large corporations such as Cargill, Lockheed Martin, and Sprint, where he gained experience in industrial controls, building automation, and network engineering, until he shifted his focus towards the construction industry in 2007. Since doing so, Brandon has continued expanding his breadth of knowledge by becoming RCDD and CTS certified and has obtained certifications from industry manufacturers such as Crestron, AMX, Savant, Lutron, and Cisco Systems. When not helping Clients design their dream home, Brandon enjoys snowboarding, hiking and spending time with his family.